Born in Kolkata in 1967, Sabarna Roy is an author and a trained civil engineer.He took to creative writing in 2007 and then  between 2010 and 2020 he published seven literary books: Pentacles, Frosted Glass, Abyss, Winter Poems, Random Subterranean Mosaic: 2012 – 2018 Time Frozen in Myriad Thoughts, Etchings of the First Quarter of 2020 and Fractured Mosaic.His books cover all genres including prose, poetry, and plays. Roy has also published a technical book- Articles on Ductile Iron Pipelines and Framework Agreement Contracting Methodology, with his co-authors Rajat Chowdhury and Basanta Bera. This book has been published by Scholar’s Press and is a collection of nine articles published in peer-reviewed national and international journals.He has been awarded the Literoma Laureate Award in 2019, Literoma Star Achiever Award 2020, Random Subterranean Mosaic: 2012 – 2018 won the best book of the year 2019, the A List Award for excellence in fiction by the NewsX Media House, Certificate for The Real Super Heroes for spreading a spirit of positivity and hope during the COVID-19 pandemic from Forever Star India Award 2020, and the Certificate for Participation in the Indo Russian Friendship Celebration 2020, the Literoma Golden Star Award 2020: Lifetime Achievement, and the Certificate of Appreciation for featuring in the Hall of Fame of Literoma International Symposium on Literature & Festival 2020.Sabarna Roy will be awarded the Times Eminent Writer of the Year award by The Times of India Group in Kolkata in February 2020.
Pentacles
Pentacles comprises one long story and four ballads. The work bridges the gap between the mundane writings of today and provides an interesting, yet intellectually stimulating treat for the discerning reader. New Life is a long story written from the perspective of a successful adult whose mother had deserted the family for another man.
Frosted Glass
Frosted Glass comprises one story cycle consisting of 14 stories and one poem cycle consisting of 21 poems. The Stories, set in Kolkata, bring to the fore the darkness lurking in the human psyche and bare the baser instincts. Frosted Glass raise contemporary issues like man-woman relationships and its strains, moral and ethics, environmental degradation, class inequality, rapid and mass-scale unmindful urbanisation, are devoid of sentimentalisation. The brilliant narrative and portrayal of betrayal in personal relationships makes the Frosted Glass quite an exciting prospect. The question of existence apart from other essential aspects makes it a better prospect of getting adapted into the visual form of art.
Abyss
Abyss is a full-length play in two acts with an interval in between. It is essentially a crime thriller full of suspense. The act builds up slowly to result in a crescendo of conflicts between personalities and ideas finally to end with an unnatural death before the interval. The readers are hung in the balance to declare it as a suicide or a murder? Act two evolves through a series of incisive interrogations to unravel the truth, which is deeply disturbing and affecting. As the play unfolds into a very well-crafted situational thriller, underneath is the debate about using land for agriculture or for industry, the ethics of a working author and the nexus of a modern state all wonderfully enmeshed into its storyline and the personal lives of its subtly etched out characters makes it a bright prospect for being adapted.
Winter Poems
The poems contained in this collection, were inspired by the relatively mild season that prevails in Kolkata following the season of festivities, the Durga and Kali Puja, and portray myriad shades of human life. Some of them deal with the imaginations of death and home while still others the idea of loss and coming to terms with gradual wasting of life. Many aspects of human life and commonplace human impulses are examined and brought to life through a range of imaginations and varied metaphorical associations. The poems are sure to delight the readers and generate a whole range of emotions among them.
Random Subterranean Mosaic 2012 – 2018 – Time frozen in myriad thoughtsIt is a kaleidoscope of random, yet structured to a pattern, fiction, semi-autobiographical, and autobiographical pieces, covering poems, short-shorts, opinions, observations, and conversations. Roy says, “All my life I have struggled to achieve an optimal lucidity in language and expression that is required to demystify the hidden self and selves and agendas. I hope I have achieved this in a large measure in this fifth book of mine.”
Etchings of the First Quarter of 2020It comprises a novella and a poem cycle. The novella deals with dualism of life and the poem cycle is a duel between the poet and his alter-ego.Pentacles comprises one long story and four short poems by Roy. The work delightfully bridges the gap between the mundane and arcane writings of today and provides an interesting, yet intellectually stimulating, treat for the discerning reader. New Life is a long story written from the perspective of a successful adult whose mother had deserted the family for another man.
Fractured Mosaic
Fractured Mosaic is in essence a sequel to Roy’s fifth literary work, titled: Random Subterranean Mosaic: 2012 – 2018. It is yet another kaleidoscope from Roy’s arsenal that will take the readers to a mesmerizing whirlpool. Various works depicted in Fractured Mosaic have already been mostly published in reputed media houses of the country as musings of the author. These have been brought together in the form of a book for the benefit of the readers. After the raving hit of his earlier six masterpieces since 2010, Roy has been constantly writing in the format of a journal to imitate how the mind works in real life. 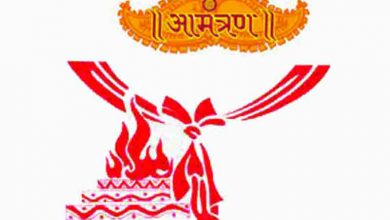 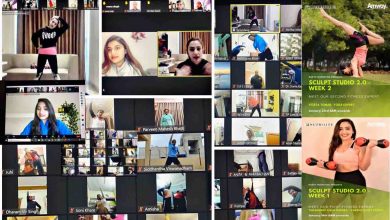