Reality TV star Kim Kardashian would like to get married for a fourth time and she hasn’t ruled out having more children.

The 42-year-old reality TV star, who has been married three times, said that she still holds out some hope that she will find true love but said that she is happy to be single for a while, reports femalefirst.co.uk.

Kim told Gwyneth Paltrow’s Goop podcast: “I feel, honestly, my last marriage was my first real. The first one, I just don’t know what was happening. The second one, I felt like I wanted to be married so badly because all my friends were at that place and that’s where I should have been. I didn’t accept that that just wasn’t where I was.”

“Now I feel like I will definitely take my time. I would be okay (with) a forever partnership as well. I’m taking my time. I really do want to be single for a few years. I think I would definitely want a marriage, but I’m so happy to take my time. I’m on a good solo mission right now. I have either sisters or friends [who are] all in the same place, and that feels so good and fun.”

Kim was married to producer Damon Thomas from 2002 to 2004 and she filed for divorce from basketball star Kris Humphries in October 2011, after just 72 days of marriage.

Her third marriage, to rapper Kanye West, ended in 2021 after six years. The former couple have four children together – North, Saint, Chicago and Psalm.

Kim also said that she will “never say never” to having more children but added: “I would have to have someone in my life for a while in order to make that decision”.

While Gwyneth suggested she freeze her eggs, Kim replied: “I think embryos are the best way to go. So, whatever’s meant to be will be.” 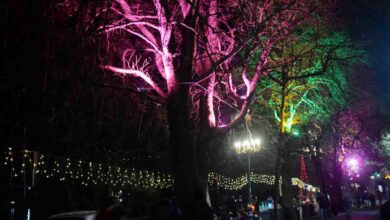