The significance of the blue economy as one of the key strategic imperatives for the sustainable social and economic advancement of India has been well recognised by a cross section of decision makers in the country. Unfortunately, the idea remains largely unknown to the coastal community in general and other stakeholders including the potential investors. This calls for urgent steps to broad-base the blue economy concepts, particularly among the coastal community facing the twin threats of spatial dislocation and livelihood loss on account of the devastations caused by climate change.

The vast coastal stretch of India, including the top commercial metropolises and cities, are under the shadow of the fallout from the rising surface temperature in Arabian Sea and Bay of Bengal. The metropolis of Mumbai and other key cities on the west coast and Kolkata and other cities on the east coast are facing short-term and long-term vulnerabilities, say experts. The importance of the blue economy in reducing the climate change fallout and establishing the standard operating principles for risk mitigation have been gaining acceptance across the world. The need of the hour is to initiate region specific systems and practices that would empower the local community to face the threats posed by spatial dislocation and livelihood loss.

Professor Gunter Puali, in his book ‘Blue Economy’ published in 2010 expressed the ultimate aim that the blue economy business model will shift society from scarcity to abundance with what is locally available by tackling issues that cause environmental and related problems in new ways.  The Policy Framework on India’s Blue Economy prepared by the Economic Advisory Council (EAC) to Prime Minister Narendra Modi assumes significance in this background. A broader discussion of the policy framework among the stakeholders will go a long way in fast tracking and broad basing our understandings of the sector and devising actionable solutions to achieve the strategic objectives delineated in the framework. The EAC identified the following areas as the key sectors for value addition from the blue economy- coastal manufacturing and services, maritime trade, shipping, offshore and coastal energy, deep sea minerals, aquaculture and fisheries, and marine-related technologies. The EAC further prioritised the areas and appointed working groups to study and recommend actionable solutions.

The working groups prepared the reports in their respective areas by taking into account the following points- overview of the sector/subject, existing policies and regulations, the global scenario for the sector, suggestions for short and medium term strategies, assessment of challenges in each sector, role of the government and the private sector and policy recommendations.

The EAC policy framework on blue economy was not something that happened suddenly. It was part of an ongoing process. The Vision 2030 prepared by the Union Government in 2019 has placed blue economy in sixth place out of the 10 core sectors identified for growth. The positioning appears appropriate given the unique maritime status of the country with a 7,517 kilometre coastline. The spatial dimension of India’s coastline covers nine States and 1,382 islands. The EAC framework further elucidates the significance of the maritime character of the country with the following basic details. “The country has 12 major ports and 187 non-major ports, handling about 1,400 million tonnes of cargo every year, as 95 per cent of India’s trade by volume transits by sea. India’s Exclusive Economic Zone of over two million square kilometres is rich in living and non-living resources and holds significant recoverable resources of crude oil and of recoverable natural gas. The coastal economy also sustains over four million fishermen and other coastal communities. With these vast maritime interests, the blue economy in India has a vital relationship with the nation’s economic growth.”

The strategic imperative of developing the blue economy as one of the key pillars of India’s sustainable growth is evident from these factors. As I have mentioned in a previous article, the importance of the blue economy has already gained wide acceptance among the policy makers. Maybe the sector is likely to be designated as a priority sector soon. The role of the State governments becomes very critical at this juncture as they would have to prepare actionable projects in tune with the EAC’s policy framework. The Sagarmala project has already initiated such a process with many State governments preparing projects for the development of coastal infrastructure including ports and road networks.

A similar initiative has to be developed in areas of aquaculture and mariculture with the participation of Union and State Government agencies and the entrepreneurs. The Kings Infra Venture has initiated the process by teaming with select universities for developing aquaculture and mariculture models that could be replicated in different agro-climatic conditions with the necessary modifications. Going forward the company would be sharing the specific details of these initiatives.

The role of the blue economy for sustainable growth and food security has been recognised in the advanced economies of the world.  The Organisation of Economic Cooperation and Development (OECD) has projected (pre-pandemic) the blue economy to grow at double the rate of the rest of the world economy.  An OECD report has suggested that “ocean based industry globally could double in size from US$ 1.5 trillion in global value added in 2010 to US$ 3 trillion in 2030.” It has further mentioned that “marine aquaculture, marine capture fisheries, marine fish processing, offshore wind and port activities were seen as having the potential to outperform the global economy.”

The disruptions caused by the pandemic are likely to impact these projections in the short-term but the long-term outlook remains optimistic and bullish.  We should also keep in mind that “conserve and sustainably use the oceans, seas and marine resources for sustainable development” is one of the United Nations Sustainable Development Goals. 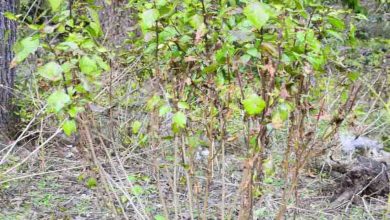 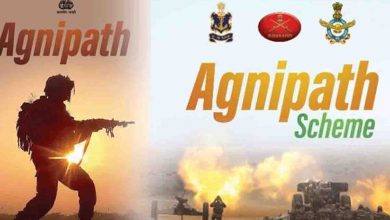