In a stern message to the employees of the state government that laxity in duty would not be tolerated the chief minister Pushkar Singh Dhami suspended the Regional Transport Officer (RTO) of Dehradun, Dinesh Chandra Pathoi for not being present in the office at 10.30 am. The CM made a surprise visit to the RTO office on Wednesday morning. The visit of Dhami who arrived at 10 am in the office created a panic among the employees who either were arriving in the office or had just started the day’s work. The CM got infuriated at the absence of RTO Pathoi and 80 per cent of the staff till 10.30 am on the day. He ordered immediate suspension of RTO and directed that strict action should be taken against the employees who were absent. During his visit the CM inspected all the rooms and work stations of the RTO office and directed his staff to make a note of the employees who have not arrived. He also interacted with some people who were standing in a queue and waiting for the window to open. They told the CM that they were standing in the queue from 9 am. On hearing about the surprise inspection of CM, the transport secretary Arvind Singh Hyanki rushed to the RTO office. The CM directed him that strict action should be taken against the employees who were absent from their duty. Later in the day the Hyanki and transport commissioner Ranveer Singh Chauhan were summoned by the CM at his office in the secretariat.

Summer vacations to start from June 1 in govt schools 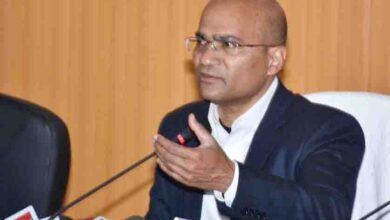