With their supreme leader Rahul Gandhi in the middle of a marathon 150 day, 3,500 km long Bharat Jodo Yatra, the Congressmen of the Himalayan state on the orders of the party high command took out the Yatra in the State albeit with a difference. In contrast to their leader who is toiling hard to cover the length and breadth of the country on foot in an attempt to revive the grand old party, the leaders from Uttarakhand thought it prudent to keep the foot out of the march from the major portions of the two day long Yatra. After starting the Yatra from the Mana village in Chamoli district, the foot soldiers of RaGa covered the less than four km long distance to Badrinath in their vehicles. A similar pattern where the Congress leaders ventured out of the comfort of their vehicles only at the sight of the markets and the densely populated areas was witnessed in Chamoli and Rudraprayag districts covered in the first phase of the Yatra. The central leadership of the Congress party is advised to adopt the Uttarakhand model of the Yatra in the other parts of the country as well in order to prevent the wear and tear of the Yatris.

The recent three day long national conference and exhibition on Akash Tatva organised by the Indian Space Research Organisation (ISRO) in a private university in Dehradun is being touted by the scientific community as an example of the  growing influence of the saffron flag bearers in the scientific institutions of the country. Though ISRO was the organiser of the event, an organisation which is an appendage of the RSS is said to be the real master of the ceremony. This body called shots in the selection of the theme, speakers and the guests for the event.  During the conference the Sangh ideologues had a field day in expressing their version of the space science in the conference attended by the senior scientists of the premier space agency of the country. A mixed sentiment of dismay and helplessness was clearly palpable on the faces of many scientists during all three days of the conference.

Former chief minister Trivendra Singh Rawat is making no attempt to hide his anger after a money laundering case was registered against one of close aides. In a recent outburst TSR has said that those levelling allegations on his former advisor are actually blackmailers and people should recognise such elements which are out to destabilise the State. These utterances of the former CM on the day of the Uttarakhand foundation day clearly suggest that the former CM is in no mood to call a truce with his detractors. It is learnt that the TSR is annoyed at the proximity an independent legislator enjoys with the ruling dispensation of the State. This legislator, a media baron turned politician, has a grudge with TSR and is now out to settle old scores with him. The outburst of the former CM and his blackmailer barb is clearly directed at this legislator who was put behind the bars on charges of extortion, blackmailing and sedition during his tenure as chief minister of the State.

Factions confront each other at Panchayati Nirmal Akhada 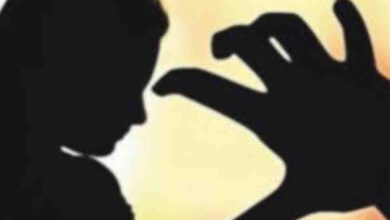 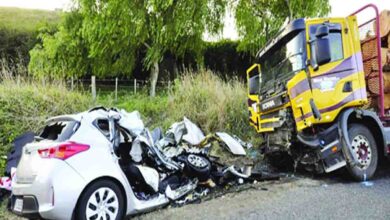