The governor lieutenant general (retd) Gurmit Singh has said that the universities should promote research in the field of climate change, drinking water crisis and pollution for improving the living standard of common people. He was addressing the third convocation ceremony of Sridev Suman Uttarakhand University on Wednesday. The Education minister Dhan Singh Rawat was the guest of the honour in the ceremony in which the degrees were provided to 41,423 students who had passed out in the year 2019, 2020 and 2021.

Congratulating the students, the governor exhorted them to become employment giver rather from becoming employment seeker.

He said that the research work and creation of new knowledge is also a part of higher education and regular work in this should be done. The governor suggested that the universities should start employment oriented courses on the available resources in the state so that the migration from the mountainous areas of the state is prevented.
Speaking on the occasion, the education minister Rawat said that emphasis should be laid on quality education. Congratulating the students he said that they should extend their capabilities and reach out to the society and the country. The minister asked the university to focus on research and innovations to achieve a higher rank among the universities of the country.  He said that the state government is committed for solving every problem of the higher education sector.

The university vice chancellor PP Dhyani presented a detailed account of the achievements, innovations and activities of the university. 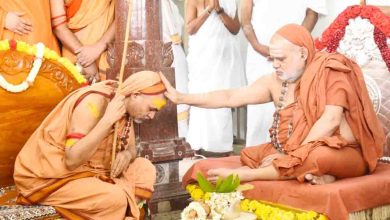