Taking a leaf out of the book of its neighbour Himachal Pradesh, the Uttarakhand government is also planning to levy a green cess on private and commercial vehicles entering the state. The Uttarakhand Transport department is working on the proposal and the Transport minister Chandan Ram Das is likely to present the proposal in the next cabinet meeting.

The transport department currently imposes green cess in the State for road safety but it is only on the purchase of new vehicles. It presently collects entry tax from the commercial vehicles of other states entering Uttarakhand. Eliminating the collection of entry tax, the green cess will be levied on all vehicles except two-wheelers after the execution of the plan. The cess will be imposed on vehicles with the help of Automatic Number Plate Recognition (ANPR) cameras installed in almost every entry point of the State, as per the officials. These cameras will help the department to detect all vehicles entering the State and help in recovering the cess. The whole system of paying cess will be online and the department is already working on developing software for the same.

The deputy transport commissioner Sanat Kumar Singh informed that the department is preparing a proposal to present it to the government for approval. The officials will also consider some provisions for the frequent visitors to the State to pay quarterly or annual charges to the department or some exemption in certain cases. He stated that the department is working on various factors while preparing the proposal like how much cess must be levied on the vehicles. He said that lakhs of people including pilgrims and tourists visit the State every year and the green cess collection from such visitors will increase the department’s revenue. The collected revenue will be spent to improve road safety considering accidents occurring at several vulnerable locations across the State. 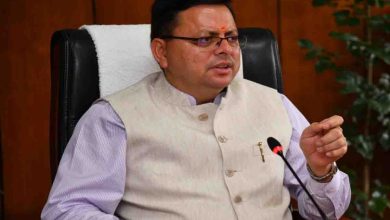