The chief minister Pushkar Singh Dhami has said that the State government is working in the direction of making Uttarakhand police smart as per the vision of Prime Minister Narendra Modi. He asserted that the government wants the police to be sterner, sensitive, mobile, tech savvy, accountable and trustworthy. Dhami was speaking in a programme organised on the occasion of the foundation laying of a new administrative block, quarter guard and police barracks at Police Lines in Dehradun on Tuesday. He said that the new buildings would be modern and comfortable for the Jawans. The CM ordered the work execution agency to ensure that the work gets completed in time and the quality is maintained. He said that construction of additional barracks was needed because there is a huge load on the police lines in Dehradun. The CM praised the works and efforts done by the police during the pandemic of Covid-19 and said that the role of police is vital for the ongoing Char Dham Yatra. 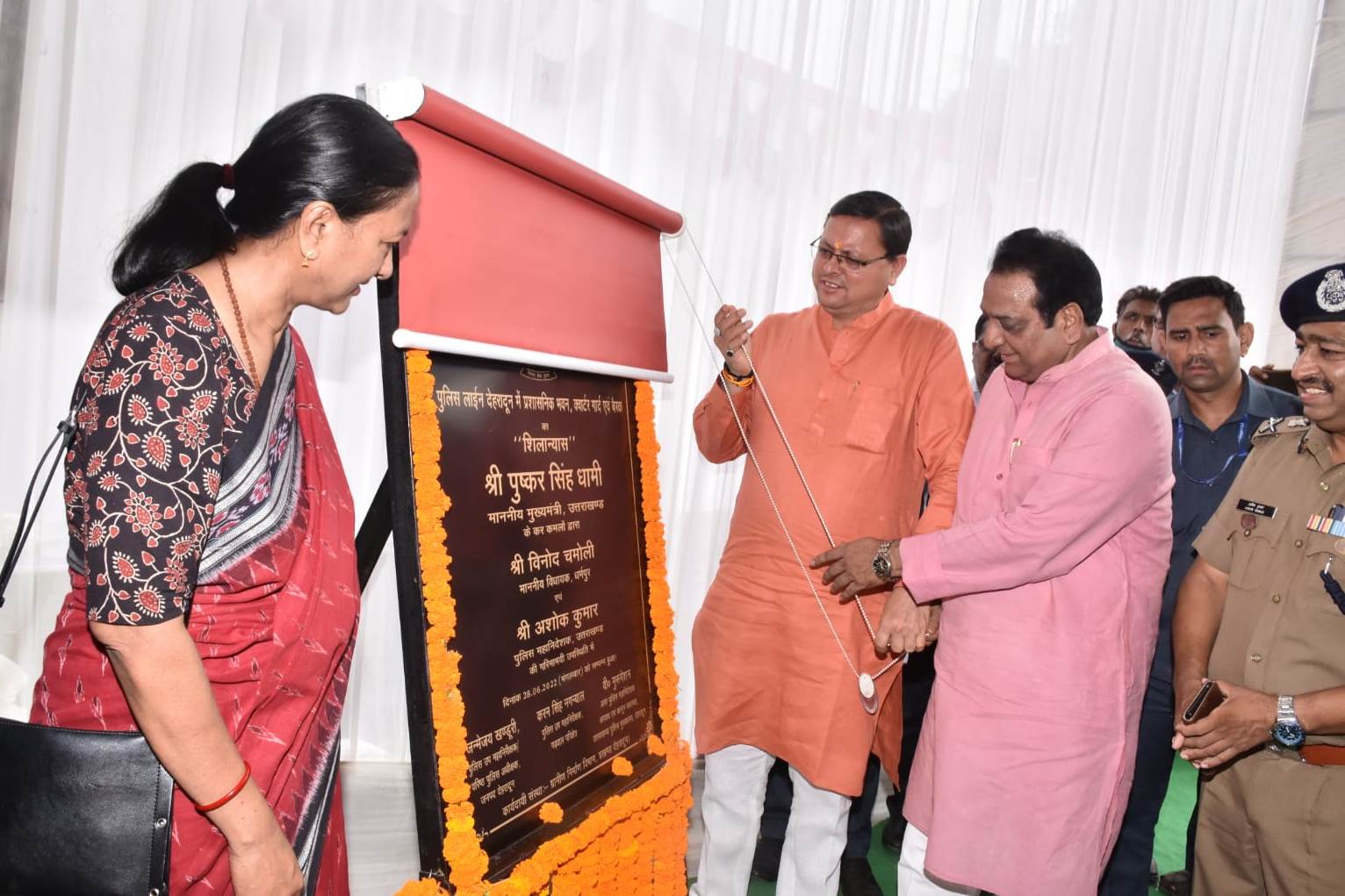 He informed that the 13 appointments have recently been made on compassionate grounds and departmental promotion of 723 personnel has been done. Similarly promotion on clerical grade has been done and recruitment advertisement was released for 221 posts of the sub Inspectors. The process of recruitment is currently in progress on 1,521 posts of constables in different wings of the police department. He said that a written examination for recruitment of 272 posts of constables in the police communication wing is proposed in the month of July 2022.

The additional chief secretary Radha Raturi said that the state government is standing shoulder to shoulder with the police administration for growth of the Mitra Police. She said that there should be no distance between the public and the police officers. She advised the police personnel to adopt a friendly and simple behaviour with the general public.

Speaking on the occasion, the director general of police Ashok Kumar said that the administrative building of Uttarakhand police would be developed in Uttarakhand style of architecture. He informed that a plan is being made to upgrade the buildings of the police in Pauri, Chamoli and Pithoragarh districts.  The DGP said that the process of identification of the natives of other states residing in the state is going on as per the directive of the chief minister. He informed that the drive for removing illegal loudspeakers is going on in the state.

8 feared dead after bus falls down gorge in Pauri district