Facebook Twitter LinkedIn Pinterest Reddit
While Uttarakhand is boasting of being the second best state of India in terms of crimes as per the national crime records bureau (NCRB) the crimes against women have seen a spike in the state this year as compared to 2016. As per statistics, 2223 cases of crime against women have been reported this year from January 1 to November 30 while the figure was 1896 over the same period in 2016.   In all, 369 cases of rape have been reported in various districts of the state with the plain districts accounting for most of them. The district-wise figures are Haridwar 107, Dehradun  81, Udham Singh Nagar 73 and Nainital 42. Statistics reveal that the number of rape cases has surged too as compared to the previous year.  While 303 cases of rape were reported in 2016 it was 252 in 2015. Things are alarming too regarding dowry death. As the figure stood at 54 in 2016 it has gone up to 57- 34 in Garhwal division while 23 in Kumaon division -in the first 11 months of this year.  Of the 57 dowry deaths that happened in 2017, Haridwar accounts for the maximum 15 while they were 13 in Dehradun and seven in Nainital and 10 in Udham Singh Nagar. Around half a dozen acid attack cases involving women have been reported during the first 11 months of 2017.

Sounding concerned over the spiraling crimes against the women of the state, chairperson of the State Women Commission Sarojani Kaintura said that it is time for the state government to clamp down heavily on the perpetrators of such crimes. “If women in the state are not safe bragging over better law and order situation than other states is meaningless,” she added.  The commission’s secretary Ramindri Mandrawal said that the commission has released a toll-free number 181 to enable the women, facing problems, to register their complaints. Apart from creating awareness among the women and children about domestic violence act, short duration curses like self- defense, self- employment courses like handicraft and others are being imparted through programmes organized from time to time at the block and the district levels in the state, she added. read more post... 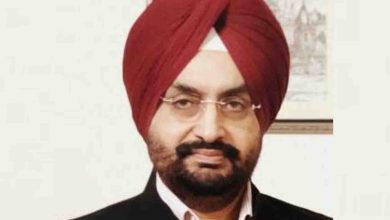