Govt fails to control the hegemony of pvt schools

Want Public School Regulatory Authority to rein in these schools

Dismayed at continued apathy shown by the state government for bringing in public school regulatory authority act, the All Uttarakhand Parents Association (AUPA) has threatened to hit the path of agitation. A meeting of central executive of the AUPA was held on Thursday in which anguish was expressed on the fact that even after 18 years of formation no provision to check open loot of private schools has been made. The president of the AUPA, Niraj Singhal said that shortly after coming to power, the BJP government had assured that an act to regulate the private schools would be brought up but even after two years this government like previous Congress government has failed to take any step in this direction. He said that private schools increase fees every year in gross violation of norms.  Singal added that these schools have no Parent Teachers Associations (PTA) and in those they are, they are for name sake only. The association claims that the most of the private schools are also not following the norms of recommending only the books of National Council of Education Research and Training (NCERT) as mandated by the Central Board of Secondary Education (CBSE) and are asking the students to purchase the books of private publishers which are costly and are inferior in quality than the books of NCERT. The AUPA further alleges that private school put pressure on the parents to deposit money every year in the name of building fees, Re-admission fee, development fees, annual fees, Principal birthday fees, environment fees, gymnasium charge and many other names which should be stopped. The association of parents threatened that if the government continues to ignore their demand of regulatory authority they would be forced to start a massive agitation.

Taking a stern note of the complaint that the school is charging admission fee and term charge from the students of poor parents admitted under Right to Education ( RTE) in open defiance of regulations, the Uttarakhand State Commission for Protection of Child Rights ( SCPCR) has directed the management of the Scholars Home school to refund the fees charged from such students. The chairperson of SCPCR, Usha Negi also directed the district education officer ( DEO) of Dehradun to cancel the No Objection Certificate ( NOC) granted to the school, if such a complaint is received again. A hearing was held at office of commission on Thursday on the complaint of one of a parent Mahendra Bhatt in which the Scholars Home School was represented by its admission in-charge and counsel Kamaljeet Singh. On production of proof of fee receipts charged by the school from students admitted under RTE, the counsel of the school assured that fees would be refunded by the school. Read more posts… Friday, 28 December 2018 | PNS | Dehradun—
Tags
India News uttarakhand Uttarakhand news

Parrot which became headache for police 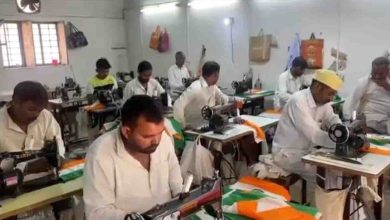