Union Tourism and Culture minister G Kishan Reddy discussed in detail the ongoing tourism projects and the Swadesh Darshan Scheme running in collaboration with the centre while chairing a review meeting with State tourism officials here on Tuesday. In the meeting with the tourism officials at Bijapur guest house Reddy said that the Uttarakhand tourism sector has more opportunities than the challenges it faces. In the meeting, the Union minister also gave instructions to the officials to give impetus to the plans for the tourism sector.

Appreciating the work done under various schemes being run in the state, the Union minister directed officials to prepare an action plan to promote adventure tourism in the villages adjoining the border. He said that both domestic and international tourists want to stay in the homestays of Uttarakhand. Hence, there is need for work to ensure comfortable facilities for prospective tourists. Progress will also have to be made in the direction of encouraging youth to participate in adventure tourism. He said the focus should be on the construction of ropeways to provide easy transport facilities to the tourists visiting Uttarakhand. Only then will the visitors be able to enjoy their experience in Uttarakhand.

In the meeting, the Tourism secretary Sachin Kurve gave information about the ongoing development works and reconstruction works in Kedarnath and Badrinath, both being the dream projects of the Prime Minister Narendra Modi. The additional secretary of Tourism Pooja Garbyal informed about the works underway in Uttarakhand under the Prasad Yojana, Chota Kailash Yatra and Swadesh Darshan Scheme. In addition, information about the works being done under Tehri lake tourism development project was also given. The Tehri lake and water catchment area has the potential to become a new destination for tourists, said officials. 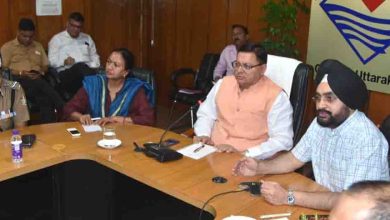 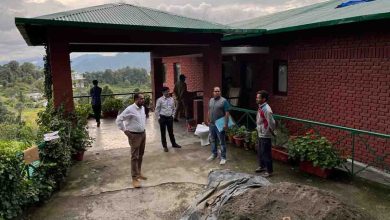