Facebook Twitter LinkedIn Pinterest Reddit
Monday, 18 June 2018 | JASKIRAN CHOPRA | Dehradun — As the Doon valley awaits to celebrate the fourth international day of Yoga with Prime Minister Narendra Modi on June 21, Devbhumi Uttarakhand is rejoicing as this land has, since ancient times, been the land of Gods and sages.The land where the excellent arts of life like Yoga and meditation emanated from. It has been home to legendary sages like Ved Vyas and Rabhya Rishi. This land of the Gods has several sites that link it to the Ramayana and the Mahabharata. The great Dronacharya meditated on the banks of the Tons river in the Doon valley while the tenth Sikh Guru, Gobind Singh, meditated at Hemkund lake which  finds mention in “Bachitra Natak”, the  autobiography of Guru Gobind Singh. Hemkund has also been considered to be Lokpal, a place believed to be existing from the times of Ramayana. It is said that Lokpal was the place where  Lakshman sat for penance. Lokpal has been associated with Lakshman, for being his favorite place. There are many stories about Lakshman and his attachment with this place. It is also believed that Lakshman meditated by this lake and regained health after being wounded by Meghnath, son of Ravana. Even the Ganga, which has been a part of our country’s history, religion and culture since times immemorial, reflects a maturity, serenity and calmness as it flows through Rishikesh and Haridwar. The mighty river itself seems to be in deep meditation in these two holy cities. It is then but evident that Uttarakhand is the natural home of the ancient art of Yoga which is always linked with meditation. Ancient Yogis meditated all over the mountains and dales of this beautiful land making its very air conducive to nurturing this art of attaining a purified and receptive mind.Yoga has made its way from Vedas like Atharva Veda and Rig Veda, down the ages, into the modern way of living in today’s world. It has now emerged as a complete wellness regime. The numberless Ashrams in Haridwar and Rishikesh, the two gateways to the Himalayan shrines, provide ideal destinations for those seeking training in Yoga. In fact, Rishikesh is popularly known as the “Yoga Capital” and “Ashram City” due to the large number of ashrams located there on the banks of the mighty Ganga.This spiritual town, surrounded by the Shivaliks on three sides, is believed to have been the meditating site of several sages and ascetics. Rishikesh received its name from Raibhya Rishi who performed penance (tapasya) in the mango groves here to please Lord Vishnu. Some of the prominent ashrams where people can learn and practice yoga and meditation in Rishikesh are Parmarth Niketan, Shivanand Ashram, Yoga Niketan, Omkaranand Ashram, Vanprastha Ashram, Ved Niketan Dayanand, Vedanta Ashram and Vanmali Gita Yogashram. In Rishikesh, on the other side of the Ram Jhoola, upstream of the Ganga lies a world that captures the essence of Yoga. It is appropriately named  Swargashram as it has a divine air and complexion ,justifying its name. And it is also  the most happening place in the ashram city of Rishikesh , attracting tourists and pilgrims from all parts of the country and abroad, around the year For those who love to buy and read books on Yoga ,meditation, spirituality and self improvement ,the little bazaar at Swargashram is a veritable tresaurehouse.Works of  Osho,  BKS Iyengar ,Swami Rama, and  UG Krishnamurti are easily available. It is the beautiful  Parmarth Niketan which is the  great hub of activity in Swargashram.   Every year, in the first week of March, an International Yoga Festival is held at Parmarth which brings together Yoga exponents and students from all over the world.It draws yogis,students ,seekers and the health-conscious from across the world to the banks of the Ganga to imbibe the ancient secrets of Yoga.This annual festival is an important event in Uttarakhand’s cultural calendar.There are also frequent camps in which pilgrims come from across the world to partake in intensive courses on yoga ,meditation ,pranayama ,stress management and Reiki. The Patanjali Yogpeeth and the Divya Yog Mandir (Trust) ,both in Haridwar have given a fresh impetus to Yoga not only in India but throughout the world. Besides Yoga Classes, camps and research on Yoga, several publications on the subject are also brought out by the Yogpeeth.Swami Ramdev’s concerted efforts have given a new attraction to Yoga activities in the state and enhanced the focus of Yoga experts as well as scholars from the world over towards the Devbhumi which is now well on its way to becoming the “Yoga and wellness capital” of the world.So, there could not have been a place more appropriate than Devbhumi Uttarakhand to celebrate the International Yoga Day. Celebrating Yoga in the home of Yoga! 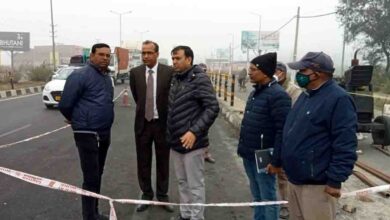 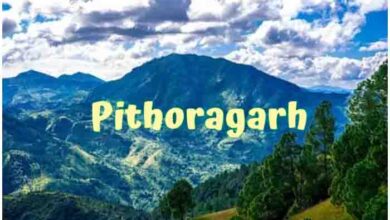