Shaken by the tragic death of a class III student following the collapse of a dilapidated school toilet at a government school in Champawat district, the Uttarakhand government has ordered demolition of all dilapidated government school buildings in the State. The Education minister Dhan Singh Rawat has directed the officers of the department to undertake a district wise survey of the school buildings and said that all dilapidated buildings should be demolished. Expressing deep sorrow on the death of the student in a government school Maunkanda in Pati block of Champawat district on Wednesday, the minister has said that such incidents should be prevented. On Thursday the minister directed the secretary Ravinath Raman to take effective steps for prevention of such incidents. He said that apart from survey and demolition of dilapidated buildings, the department should prepare a list of the school buildings requiring repair. Rawat said that the DPR for such buildings should be prepared and sent to the State government.  He said that the State government has ordered a magisterial inquiry into the tragic incident.
Acting on the orders of the minister, the director general of school education Banshidhar Tiwari issued orders for demolition of the dilapidated and abandoned buildings on Thursday.  He said that all such buildings should be put in the category of disaster and expressed annoyance at the fact that similar orders in the past were not taken seriously which is a dereliction of duties on part of school administrations. Tiwari has also directed the department officers that students should sit in safe buildings, they should be kept at  a safe distance from the trees, transformers and the electricity wires. 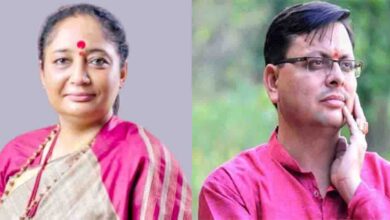