Facebook Twitter LinkedIn Pinterest Reddit
Indira Gandhi International Airport (IGIA) in Delhi has fastened its belt so that air services are not hit by low visibility caused by fog and mist. A dedicated team will work round the clock to provide all technical support to pilots and Air Traffic Control (ATC) unit, according to the Delhi International Airport Limited (DIAL), which runs the IGIA. The DIAL said it is ready to beat low visibility by installing flight information display system and Master Antenna Television screens on all terminals (T1, T2, T3) on formation desks; development of crash fire tender at a critical position at the IGIA — the busiest airport in the country handling 1,300 flight movements. According to civil aviation experts, during foggy days, the airport capacity reduces by 40 percent of the normal in terms of flight movement per hour. Dr Rajendra Kumar Jenamani, director in charge of IGIA Meteorological department, said, “Currently, there are around 74 flight movements every hour.  Dense fog situation is expected in the last week of December and there are likely to be three to four spells of dense fog in the coming weeks.” DIAL Chief Executive Officer Videh Kumar Jaipuriar said the airport is better equipped compared to last year to deal with fog situation. In terms of dealing with sudden jump in passengers at the terminals, DIAL has plugged the gaps that were there last year, he added. The passenger facility response time would be upgraded, he said. The IGIA is well equipped to handle aircraft operations safely during poor visibility. For this, the low visibility procedures for handling air traffic during fog have been promulgated for all air traffic controllers at IGIA, he said. There are 139 parking stands equipped with aeronautical ground lighting (AGL) system which helps aircraft to operate in CAT IIIB conditions. In addition, there are 89 parking stands available under manual guidance. CAT IIIB refers to flight operations when the runway visibility range is 175 meters but not less than 50 meters. Operations are closed if the runway visibility ranges drop below 50 meters. “As pilot has a limited view from the cockpit ‘Follow me’ service is provided to facilitate aircraft movement. Trained professionals are deputed for ‘follow me’ service. These vehicles are equipped with GPS based navigational system and taxiway guidance lights suitable for low visibility operation,” said the GMR official. Read more posts… Friday, 21 December 2018 | Sapna Singh | NEW DELHI–
Tags
Delhi IGIA India 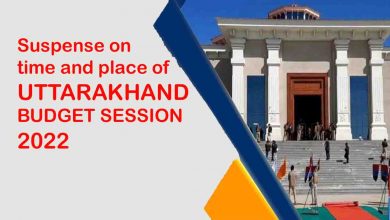