Facebook Twitter LinkedIn Pinterest Reddit
Saturday, 15 September 2018 | PNS | Lucknow– Samajwadi Party chief Akhilesh Yadav on Friday said if the united Opposition fails to dislodge the BJP from the Centre in the 2019 Lok Sabha polls, the Opposition leaders would be forced to sell “pakoda”. The former UP CM said this while flagging off a “Save Democracy, Save India” cycle yatra in Etawah on Friday. “If we fail to defeat the BJP in the next general election, then be ready to sell ‘pakoda’ near some nullah as the PM has already said that methane gas is produced from the gutter and provides employment to the youth,” Akhilesh said. The SP president said democracy would come to an end in the country if the BJP was voted to power in 2019. He said the cycle yatra would not stop and it would spread awareness among people about BJP’s conspiracy to decimate Indian democracy. “This yatra will save the nation’s democracy and it will culminate in dislodging the BJP from power in Delhi. People have seen through the BJP’s conspiracy against democracy. People will give the BJP a befitting reply in the 2019 polls,” Akhilesh opined. The SP chief alleged the BJP Government had denied Government jobs to Dalits and backward class youths and if his party returns to power in UP in 2022, the old system of recruitment would be implemented.  Akhilesh also attacked Chief Minister Yogi Adityanath for suggesting to farmers to stop sowing sugarcane and shift to vegetables. Hitting out at the BJP, SP general secretary Ram Gopal Yadav said, “The BJP will use every trick to win elections, like splitting political parties and floating new outfits to split anti-BJP votes.” Ram Gopal said the battle of 2019 would be a very tough battle for the party cadre as their survival would be at stake. As per the original plan, Yadav was to formally kickstart party’s Lok Sabha election campaign from Kannauj on September 19 by riding a bicycle and flagging off the over 40-km “Haq and Samman Yatra”. “As party workers are also on a cycle yatra, I’m deferring my yatra. One such cycle yatra is underway from Ghazipur to New Delhi. I will start the yatra on Khajanchi’s birthday (December 2),” Yadav said. Khajanchi was the name given to a boy who was born when his mother went into labour while standing in a long ATM queue to withdraw money after demonetisation. 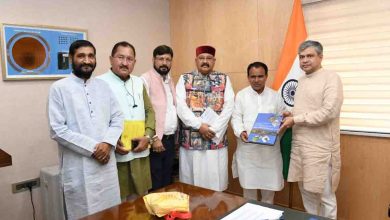 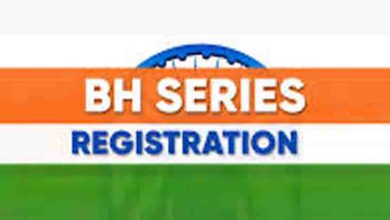