According to sources, there was much deliberation and difference of opinion on fielding Rawat from Nainital-Udham Singh Nagar though finally his demand was approved. Rawat is considered to be the strongest of the Congress candidates. Currently a general secretary of AICC and Assam in-charge, Rawat won the parliamentary elections from Almora constituency thrice consecutively from 1980 onward though he also lost four times later. He was elected from the Haridwar constituency in 2009 and was also made a union minister in the UPA government. He became the chief minister of Uttarakhand in 2014 but later also lost from two seats while contesting in the 2017 Vidhan Sabha elections.

The PCC president Pritam Singh is also the Chakrata MLA and has served twice as cabinet minister in the Uttarakhand government. He is considered to be an influential leader of the Jaunsar-Bhawar region of the state, representing it five times in the Assembly.

The Congress candidate from Haridwar constituency, Ambrish Kumar was first elected as an MLA from Haridwar on the Samajwadi Party ticket in 1996. Later he lost the assembly elections twice on the SP ticket in 2002 and 2007. He was a likely candidate from the Congress from here in the 2012 assembly elections but on failing to get a party ticket, he contested as an independent candidate without success. He was fielded by the Congress in 2017 but failed to win the election.

The party’s candidate from Garhwal constituency- Manish Khanduri is known mainly as the son of BJP MP and former chief minister Bhuwan Chandra Khanduri. He recently joined the Congress party in the presence of its national president Rahul Gandhi in Dehradun. Before joining the Congress, little was known about Manish Khanduri as far as politics or public life is concerned. He has been active in the media industry for nearly two decades.

Modi, Shah, Union ministers & others to campaign in U’khand 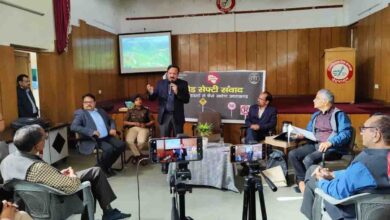