Meanwhile, AAP’s chief ministerial candidate Ajay Kothiyal filed his nomination from Gangotri constituency in Uttarkashi district. He visited various temples before filing his nomination.  Talking to mediapersons after filing his nomination, he said that he liked how people welcomed him with garlands, offered him Pithain and blessed him to show him their support.  He stated, “I did not expect this at all. We were just counting and found out that people have offered ‘pithain’ of about Rs 1.11 lakh within such a short distance. It shows how much people love and support and definitely want to see a change in Gangotri and the state.” 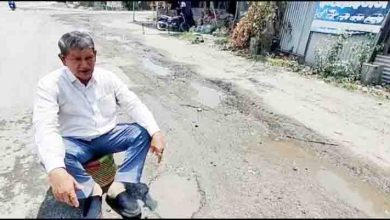