There seems to be no end to the woes for the faction-ridden Uttarakhand Congress. The recent election of President of India showed that the leadership of the beleaguered party has no control over its flock of the legislatures. Two of its MLAs abstained from voting while at least one of the legislatures violated the party line and voted for the official candidate of the ruling NDA. Being seriously ill, the absence of Kichha MLA Tilak Raj Behed was expected but the abstaining of Badrinath MLA Rajendra Singh Bhandari from the voting raised many eyebrows. To compound the problems of Congress, at least one (if not two) MLA cross voted in the election. Though the party leadership is now terming the legislatures, who crossed the floor, as back stabbers and claiming that the ‘black sheep’ would soon be identified, it would be prudent for the party to learn a lesson from the whole episode and take concrete measures to stonewall any further breach in the party. Instead of chasing the elusive ‘black sheep’ the Congress leadership is advised to keep its flock protected from wolves lurking round the corners.

The agriculture sector of the Himalayan state is all set get a much needed boost when the bunch of hardworking, down to earth and dedicated legislatures led by the charismatic cabinet minister heading the hitherto neglected agriculture department return home after a ten day long and arduous study tour of  Germany, Italy and Switzerland. Contrary to the general belief that the visiting group of Netas from Uttarakhand has gone there to enjoy the breathtaking views offered by the Swiss Alps, to relish Italian food and German beer, the group is there to study the organic farming and find out market for agricultural produce of the Himalayan state. Considering their expertise, the poor farmers of the state would benefit immensely from this tour of Europe and it would usher in a much needed change in the farming sector of the state. The minister should also be given credit for choosing the far away destinations in Europe for the study tour instead of Sikkim, the North Eastern state of India which has done well in organic farming, because he can now stake claim for starting a European revolution in the agriculture sector of Uttarakhand.

The recent retirement of an influential Babu spearheading an autonomous body of Uttarakhand government in the domain of science and technology became the talking point in the power of corridors and other circles. This person was holding the coveted chair for many years and everyone believed that the smart fellow would be able to get an extension from the government. Such was the aura of the officer and firm belief in the strength of his powerful connections that his subordinates didn’t even dare to discuss his farewell plan or present a parting bouquet to him. The grapevine has it that the officer was also convinced that he would be asked to continue holding the assignment by the government in the larger interest of the state. However when no message of the extension arrived till late evening on his last day in office, he left for home in a huff without bidding adieu to anyone. 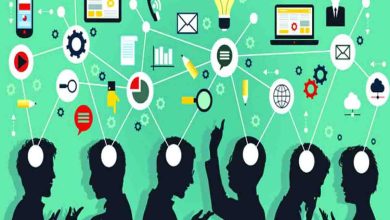