Chairing a meeting of the Rural Development and Migration Commission (RDMC) on Friday, chief minister Pushkar Singh Dhami said that the name of this commission formed with the intention of stopping migration from rural areas should be changed to migration redressal commission. He also directed the formation of a committee under additional chief secretary Anand Bardhan with members of the commission to ensure better execution of the recommendations made by the commission. Dhami said that the State government is working on various public welfare schemes for the all-round development of Uttarakhand.  The State will celebrate the silver anniversary of its foundation in 2025. Special focus should be laid on which sectors the RDMC can contribute to by then, ensuring that works are executed in these sectors and the results are seen on the ground.  He said that the departments concerned should prepare concrete work plans to implement the suggestions being given by the RDMC in its reports. Special focus should be laid on simplification of processes to ensure the maximisation of benefit to the people from the various welfare schemes. Further, special focus should also be laid on village-centric schemes to stop migration from the rural areas, he said.  Those living in the rural areas should be able to derive the full benefit of Central and State schemes aimed at enhancing livelihood resources and facilitate infrastructural development. Dhami further said that the RDMC should not have a limited scope to fulfill its aims and targets. Special focus should also be laid on how most people can be connected to livelihood, said the chief minister. 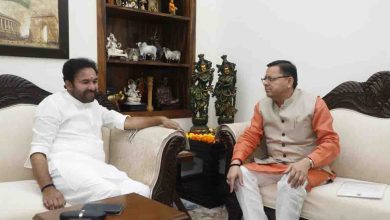